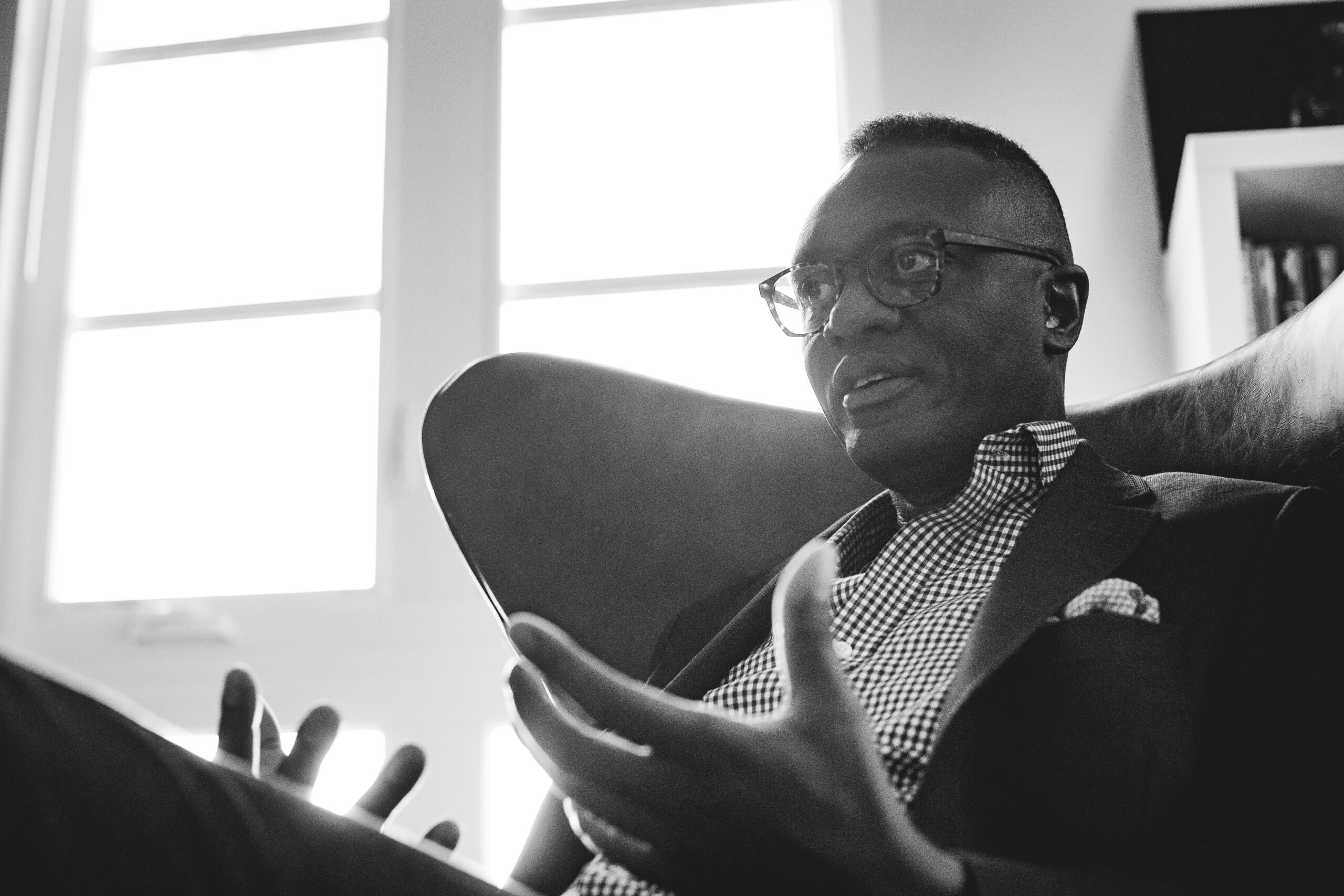 An almost Thirty Year Journey of a non African-American Black Man residing in the US.

Before I moved to the United States of America in 1991, I had very mixed feelings about this country that called itself a “Melting Pot.” Perhaps it was because my Jamaican parents had siblings that had emigrated here, just as my parents had emigrated to England post World War II. In actuality, I was curious about the USA because of its history and accomplishments. As a young black British boy, it did not escape me that the racial history of American and England were significantly different. I was both aware of the relationship between England and its former colonies, as well as the unique history in America to slavery, Jim Crow and segregation, and its laws and views on interracial relationships. Just as in the famous work of Alexis de Tocqueville’s “Democracy in America,” published in 1835, he also noted the irony of the freedom-loving nation’s mistreatment of Native Americans and its embrace of slavery.

I, like many in this country, do admire the wonderful advances it has made, but I have never been able to look past the 400 years of American history and the traumatic experience of being black in the US. If that statement is somehow shocking, it is because so many are unfamiliar with the history of race in America. There was a time when Irish, Italians and Jews experienced racism and were not viewed as white. I have been studying the perspective of some black American scholars who have taken it upon themselves to deny systemic racism and other issues that disproportionately impact blacks, people of color, and Native Americans. I cannot judge their motives, but have to question their intellectual integrity from a historical, sociological, and psychological perspective. If you are a medical doctor, extensive training is given on the impact of systemic racism on the health of African Americans…a ‘no-brainer’ in medicine! This medical community made the connection with how COVID-19 was disproportionately affecting African Americans. Simply put, living with systemic racism literally destroys your health on a molecular level.

This article isn’t all doom and gloom; I’d rather like to show how I am optimistic about what has happened in the last three weeks, but also to contrast the other 29 years I have lived here. When I used the word “racism” at a diversity conference last year, the response from the audience felt like I had asked people to undress in public. Something very significant has happened since the murder of George Floyd, and has emboldened many to openly use terms such as “white supremacy” and “systemic racism” without hesitation. Many on the contrary are outraged and questioning this at length…including some of my closest friends! I feel compelled to ask them, “How can you question the reality of racism when a Christian institution, Bob Jones University, only lifted their ban on interracial dating in the year 2000?” My wife and I had two interracial children by 2000.

As a foreigner residing here, I realized it is patently obvious that the US is historically racist at its core, as did Alexis de Tocqueville. Slavery in the US might be the most disgusting and inhumane historical sin…and if one thinks that it was something that ended “a long time ago,” then why did we need a civil rights movement? Jeff Bezos said it this way, “Slavery ended a long time ago but racism didn’t.” The civil rights movement took place a little over sixty years ago! If you were to compare countries from a racial perspective, the US was like South Africa…apartheid is what occurred in the US from 1619 to 1954! The constitution and laws separated whites and blacks and subsequently told whites that they were superior to blacks, and to blacks that they were inferior, scarring blacks psychologically, emotionally and economically.

My goal in this article is to connect my personal experience as a black British man to the harsh reality of the black experience. I met my ex-wife in London, England, in 1990. She was born and raised in Los Angeles, California. She is caucasian. We fell in love almost instantly. My first experience with white supremacy was when it arrived in the form of my ex-mother-in-law from California to deliver the message that I, a black man, would never be accepted by this white family! Was I surprised by this? Unfortunately…I was not. Why? Because I knew there was a long history of segregation and racial prejudice in America. It wasn’t until 1967, the year before my ex-wife was born, that  Loving v. Virginia was a landmark civil rights decision of the U.S. Supreme Court that struck down laws banning interracial marriage. The irony of writing this today is that not a single individual in 1991 could call this opposition to an interracial relationship as an act of racial prejudice.

When I was met with rejection I was naively optimistic that over time her parents would accept me once they got to know me. After 28 years of marriage, that did not happen, because her parents, like man, have been taught that blacks and whites are fundamentally different and “disagree” with interracial marriage. My three children have had to experience overt racism and racist comments from their grandparents. Racial prejudice is as real today as when the first settlers arrived here. I am not saying there hasn’t been progress; what I am saying is that racist views and systems still remain. This is the shared experience of me, an English black man and the African-American man, woman and child.

I believe unequivocally that exposing and dismantling systems of oppression and injustice to be the work of leaders. Anyone who leads an organization has to understand that they are there to serve the people of that organization. This means that when you serve, you look out for everyone. And where any form of injustice or inequality exists, good leaders advocate and mandate that those voices be heard and valued.

For the first time in almost thirty years, I am hearing non-black voices including Brene Brown, Simon Sinek, Marcus Buckingham, Price Waterhouse Coopers, NASCAR, NFL, Jeff Bezos and many other organizations advocate on behalf of black Americans. Amazon CEO Jeff Bezos sent a memo to employees urging them to cancel all meetings on Juneteenth, this Friday, a day that commemorates the end of slavery in the U.S. Twitter, Google, Square and even Facebook have chosen to commemorate Juneteenth. Today, the CEO of Netflix donated $120 million to the United Negro College Fund. All of this is positive and recognizes that serious racial discrimination has existed in this country even though so many Americans refuse to believe and accept it. I will challenge the skeptics to look at the work of Dr. Ibram X. Kendi, and the incredible legal justice work of Brian Stevenson and the Equal Justice Initiative.

I, too, in my years here in Los Angeles have had personal experiences of racial profiling from the police, in Pasadena, La Canada, Newport Beach and Los Angeles. Fortunately for me, I was not raised in a country where black parents have to have “The Talk” with their children about how to behave if and when they come in contact with the police. I’ve been exchanging text messages with friends who are trying to convince me with statistics that there are no inequities in policing between blacks and other groups. Again, this is no surprise to me…this has been the narrative until the brutal murder of George Floyd. For these friends, they are still unconvinced of a problem. When Ursula Burns, the first black female CEO of a Fortune 500 company, says that she is afraid of the police, I am certain some whites may find this incredulous. This is exactly the problem — a decided unwillingness to listen to and accept the experience of black lives.

My hope here is to persuade the skeptic that the experiences of black people at the hands of systemic racial oppression and white supremacy has created unimaginable wreckage on black people’s lives. Enough is enough. In the words of Mr. Bezos, “The inequitable and brutal treatment of Black people must stop.” And to quote one of the great leaders in history, “Our lives begin and end the day we become silent about things that matter.” – Martin Luther King Jr. 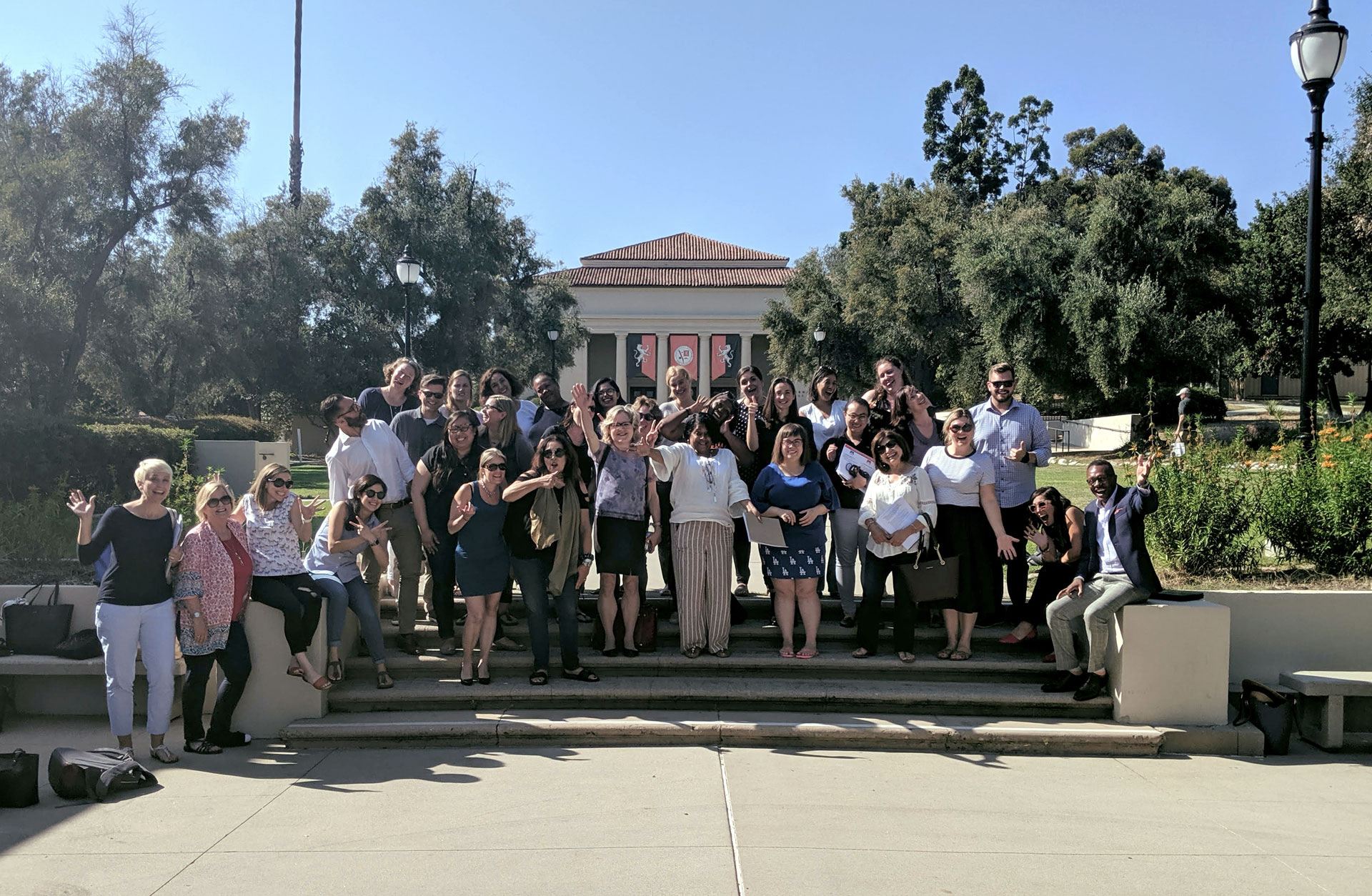 Commitments of an Engaged Team

Commitments of an Engaged Team

Coaching is a developmental practice; coaches use their knowledge and skills to help their clients achieve specific personal or professional goals. Coaches create a learning environment and, as such, there shouldn’t be power strugg…https://lnkd.in/gNx86XNJ https://lnkd.in/gW42FJfT

So grateful to be home in magical London after three decades away. @ Launceston Place Restaurant https://www.instagram.com/p/Cljv_3bsqnP/?igshid=YTgzYjQ4ZTY=

Changing your mind is not a sign of losing integrity. It's often a mark of gaining wisdom.

Realizing you were wrong doesn't mean you lack judgment. It means you lacked knowledge.

Opinions are what you think today. Growth comes from staying open to revising your views tomorrow.